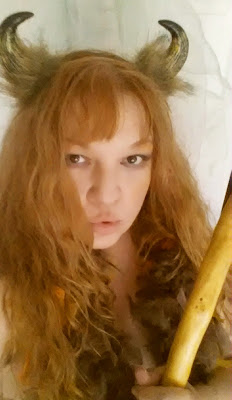 Growing up, we lived near my mother's people in West Virginia, settled from Scots/Irish and English completely. I found that I never related with her people. I just felt strangely out of place. I saw no characteristics with these stoic, religious, sedate people. I was vivacious, fast-minded, an entrepreneur, and full of loving hugs and laughter. My father came from Norway and his people were purely Norwegian and Swedish. His only nearby family was his kid sister and her family. And she was me! I really felt so close to her. She was even tall like me and we looked the same and laughed easy, hugged often. Then, later on I met more of my father's family and we were an identical tribe. I found my people!  But, why were they my people? They weren't influences growing up.

As an adult, I decided to find out if it was in the genes.

I decided to use Ancestry.com and do DNA testing. The results did not surprise me in the least: 78% Scandinavian and 22% Scots/Irish/English.

Amazingly, as far as American origins, they pinpointed Southern West Virginia  - the location of my mother's people for centuries. My father and his family were the only ones in the Norway family to come to America, so no real genetic "tribe" here.

There are side benefits to evaluating your DNA. When I did mine, I got notices whenever someone else tested and shown to be a relative. Mostly it was third and fourth cousins, and upon occasion much closer relatives. One of them was a cousin that had been adopted out and never spoken of (out of wedlock). She had been trying to find her origins and her family. She found me and we fast got her updated on the family and meeting the members. She looked nearly identical to my mother.

Another person I know wondered if in his playboy life he ever had a child he didn't know about. He is older now and wondering about his life and choice to not marry or having kids. He had his DNA done and so had his daughter he didn't know about. The reunion was rocky, but satisfying to both.

Something else to consider too is that you and your siblings can get DNA done and find differences. One sister might be mostly Scots and a bit of Italian while another sibling shows mostly German and a bit of Scots. The difference in DNA between us is as vast as the possibilities of eyes, hair, personalities, body types, etc. Only identical twins share the same breakdown.

Family stories can tell of being French and then DNA shows there is no French, but instead Spanish. You can often times update your confused lineage by knowing what to focus on. This can aid your own genealogy progress by knowing what country of origin to focus on.

There are other DNA testing sites like 23 and Me. That one can tell you more about physical quirks and the like. If you are curious about if you are dairy sensitive or how much Neanderthal DNA you have, that one might suit you. I preferred Ancestry.Com because I wanted the biggest network to possible meet relatives and was more concerned about my ratios of origins.

In a strange way, I now understand my tendency to love oily fish and pickled items, why my body likes cold and hates heat, why I have a high IQ and high energy and industry, why I laugh easily, hug big, and live life fully. I found myself. I found my DNA people.