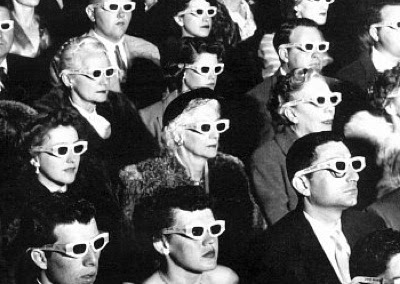 Sure, you could often see the string holding the spaceship in the air and stop-motion films were jerky,  and all of this done with black and white film, but still 1950s SciFi stands the test of time. It was truly popcorn-eating, soda sipping, creepy wah-wah music-filled fun! Here's some of the best of the best to consider for your Saturday movie marathon -

Creature From the Black Lagoon
Quartermass and the Pit
The Thing From Another World
Forbidden Planet
The Blob
The Day the Earth Stood Still
War of the Worlds
Invasion of the Body Snatchers
Them!
Earth Vs the Flying Saucers
The Beast from 20,000 Fathoms


If you really love the campy 1950s SciFi and want to be amused, consider watching some of the MST3000 episodes involving these cult favorites. They put the campiness and production into a hilarious commentary.