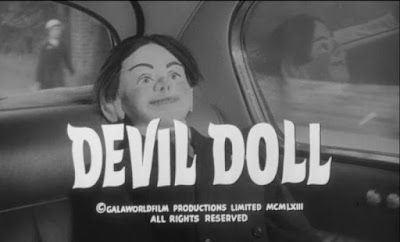 It's summertime, but you are starting to get the anxious feeling of wanting shorter days, longer shadows, and the exciting creep of Halloween getting closer and closer....

Let's take a nostalgic turn toward some of the best black and white horror to tickle your nostalgic summer ague.


Descriptions thanks to IMDB - THE movie site.

The Haunting: (1963) A scientist doing research on the paranormal invites two women to a haunted mansion. One of the participants soon starts losing her mind.

Psycho: (1960) A Phoenix secretary embezzles forty thousand dollars from her employer's client, goes on the run, and checks into a remote motel run by a young man under the domination of his mother.

The Birds:  (1963) A wealthy San Francisco socialite pursues a potential boyfriend to a small Northern California town that slowly takes a turn for the bizarre when birds of all kinds suddenly begin to attack people.

Creature From the Black Lagoon:  (1954) A strange prehistoric beast lurks in the depths of the Amazonian jungle. A group of scientists try to capture the animal and bring it back to civilization for study.

The Uninvited: (1944) A composer and his sister discover that the reason they are able to purchase a beautiful gothic seacoast mansion very cheaply is the house's unsavory past.

Night of the Living Dead: (1968) A ragtag group of Pennsylvanians barricade themselves in an old farmhouse to remain safe from a bloodthirsty, flesh-eating breed of monsters who are ravaging the East Coast of the United States.

The House on Haunted Hill:  (1959) A millionaire offers $10,000 to five people who agree to be locked in a large, spooky, rented house overnight with him and his wife.

Invasion of the Body Snatchers: (1956) A small-town doctor learns that the population of his community is being replaced by emotionless alien duplicates.

Dead of Night: (1945)  An architect senses impending doom as his half-remembered recurring dream turns into reality. The guests at the country house encourage him to stay as they take turns telling supernatural tales.

The Thing From Another World: (1951) Scientists and American Air Force officials fend off a bloodthirsty alien organism while at a remote arctic outpost.