Tubing Down the Salt River 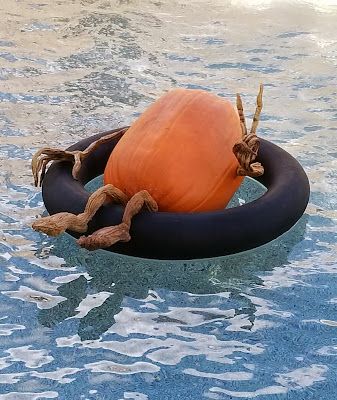 One of our Arizona traditions is to go tubing down the Salt River. You usually go with several friends and family and head down to the Lower Salt River. The first thing you do is to park at the place where you rent tubes and then grab a bus to take you upstream to the higher elevation to get started.

There is usually a crowd of various types of people of all ages and sometimes they bring their pets. I don’t recommend that because those poor animals are terrified of being on the river. I also don’t recommend stringing tubes together. That will just get you into all kinds of trouble on the rapids especially when there is a fork in the river. More times than none, the entire group will hit the bank and fall off their tubes.

We usually attached with our feet so when the rapids move faster, we could unhook and go solo. We would have one person attached to the cooler which had its own tube and another person would be attached to the plastic container which usually carried the dry foods, suntan lotion and other items.

There are several clever people that will attach a stereo to a tube providing music so we can jam down the river. We usually will stop mid-way at the bridge to take a break from tubing. We use this time to eat and reapply our suntan lotion.

It is fun but not without problems. You are basically floating on top of a tube for at least four hours, baking in the harsh sun. You must have plenty of lotion, a tee shirt to cover your shoulders later on, a towel to cover your legs later on, a hat and sunglasses.

You should have plenty of water to stay hydrated along with other beverages. We usually bring beer but drink responsibly. Spending the day tubing can be a fun day for all but you need to do it responsibly. I have my memories and they are good ones. 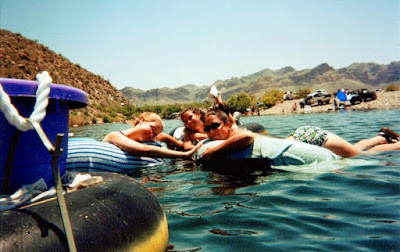 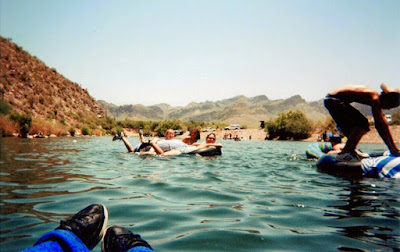 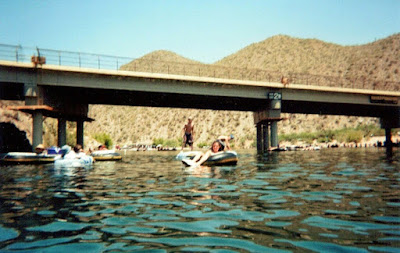