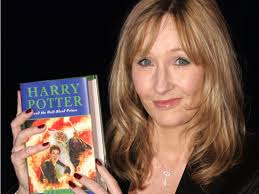 Our baby boomer's generation ushered in equal rights, freedoms for many, consciousness about earth's delicate balance, the computer era, and so much more.

Our creativity, innovation, and adaptability, as well as the options allowed us by virtual careers online, our generation has had much success and a great percentage finding it later in life with wisdom, experience, and opportunities.

Vera Wang didn't start in the fashion industry until 40.

It took until he was 46 for Samuel L. Jackson to land an important role.

Henry Ford rolled out the Model T when he was 45 years old.

Charles Darwin published his "On the Origin of the Species" when he was 50.

Harlan Sanders was 62 when he franchised Kentucky Fried Chicken aka KFC.

Grandma Moses was 78 when she started painting.

Martha Stewart took off with her publishing/cooking/crafting career at 50.

Ray Kroc got the McDonald's franchise going at 53.

Nelson Mandela was 73 when he became his country's president.

JK Rowling was 54 when her first "Harry Potter" book was published.
No matter how you measure success, whether it's being happy, living your personal dream, hitting your bucket list, or building your own business, this is the time to act - it's a magical alchemy of experience and timing.