Santas Around the World 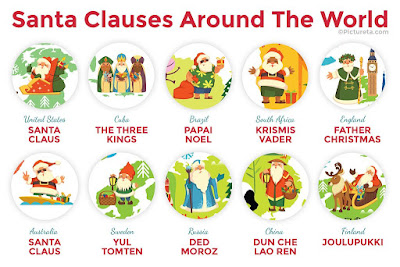 The name, the face and the legends are slightly different, but Santa is universally the symbol of goodness. 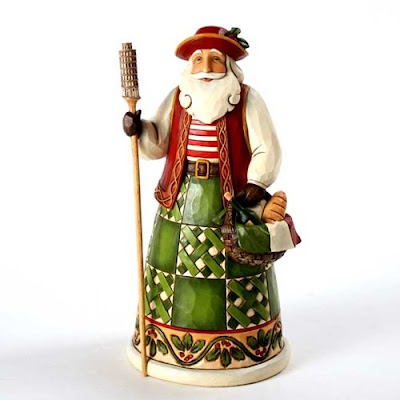 Babbo Natale - This version of Santa is more slender and elegant. He wears a red coat with fur trim too. Italians hang stockings for Babbo Natale to fill. 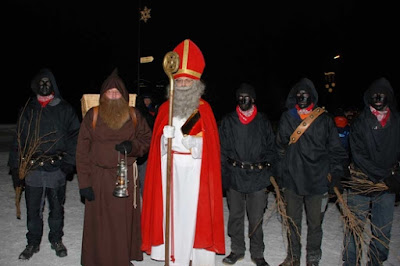 Samichlaus - (LINK) Clad in red, Santa Claus follows a fixed route around the village, accompanied by Trychler (cowbell ringers), Geisselchlöpfer (whip-crackers) and bearers of lanterns, torches and Iffelen (a type of elaborately decorated lantern). In addition to his helpers the Schmutzli, who are cloaked in dark cowls, his closest companions often include a donkey, or, more rarely, a pony, and on occasions servants and angels. Santa Claus usually travels on foot, but in a few places he prefers to get around by horse, horse-drawn carriage or even boat.

New Zealand - Because it's summertime in the southern hemisphere at Christmastime, they have a completely playful time with the beach, palm trees, and surfing Santa. You might catch glimpses of a parade with a giant kiwi bird wearing a Santa hat. They even have a race on the beach with runners dressed as Santas. I love this place - they know how to have a good time!


Santa Names Around the World