Mayberry, that fictitious town on television. Didn't we all want to identify with a community that knows each other's business and time and technology just hasn't quite ruined the relationship yet. Instead of hipster coffee shops, Mayberry had a barbershop that was the hub of conversation.

Believe it or not, in America there are still towns that have that vibe. Let's look at some -

Most historic downtown districts in smaller towns still retain that Mayberry mid century vibe. Here in Arizona, I feel it in Bisbee, Globe, and Prescott. 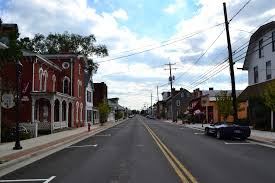 One of my favorite small towns in America. I actually was plotting to move there when I left my marriage almost 10 years ago, but I wanted to stay near my son and future grandchild in Arizona. It is charming and in the Shenandoah area which is gorgeous. With only 2100 residents, it keeps its charm which is amazing as the DC sprawl has taken on most of the northern half of my beautiful home state. A close second to this is definitely Front Royal, VA in the Shenandoah area. 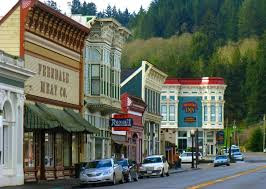 Located in Humboldt County, California, Ferndale has about 1400 residents and has gorgeously retained its Victorian style origins near the Redwood Forest area in extreme Northern California. 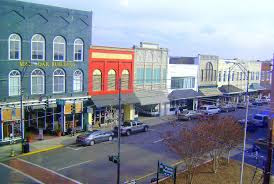 The town that Andy Griffith came from is the model for Mayberry.  The population here is 10,400. The town even celebrates Mayberry Days once a year in late September when colors are beginning. 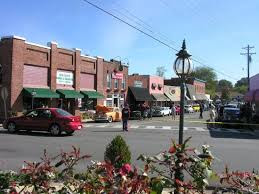 With a population of just 1200, this adorable town in Alabama exemplifies the Mayberry vibe. It can be found on the upper edge of Alabama near Tennessee border. 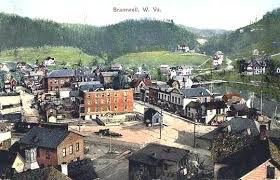 I adore this town so much! My family almost bought the Potter Mansion there in the 1970s. There are many huge mansions there, waterfront, and a very different vibe than anywhere else in WV.  It has a fairly large population of 107,000.