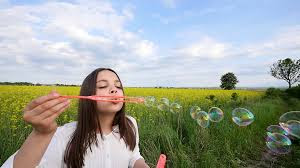 Many of us baby boomers have granddaughters, grandnieces, or goddaughters and ponder how to inspire them with the right examples, other than Kardashians and Hiltons. Let's take a look at some great films to watch with them -

Wild Hearts Can't Be Broken (1991)
Thrilled by a performance she sees at a fair, Sonora tries to land a spot as a daredevil who rides horses off of high dives.

Moana (2016)
In Ancient Polynesia, when a terrible curse incurred by the Demigod Maui reaches Moana's island, she answers the Ocean's call to seek out the Demigod to set things right.

Brave (2012)
Determined to make her own path in life, Princess Merida (Kelly Macdonald) defies a custom that brings chaos to her kingdom. Granted one wish, Merida must rely on her bravery and her archery skills to undo a beastly curse.
Bend It Like Beckham (2002)
The daughter of orthodox Sikh rebels against her parents' traditionalism and joins a football team.

The Secret Garden (1993)
A young, recently-orphaned girl is sent to England after living in India all of her life. Once there, she begins to explore her new, seemingly-isolated surroundings, and its secrets.
Soul Surfer (2011)
Teenage surfer Bethany Hamilton overcomes the odds and her own fears of returning to the water after losing her left arm in a shark attack.

Nim's Island (2008)
A young girl inhabits an isolated island with her scientist father and communicates with a reclusive author of the novel she's reading.

Gidget (1959)
A young girl discovers surfing and love (in that order) during one transitive summer.
After the movies are over, enjoy a discussion of your own youth, the role models you had, what you learned from adversity and determination. Women are strong. They give birth, they bury their dead, they guide babies to be productive human beings.