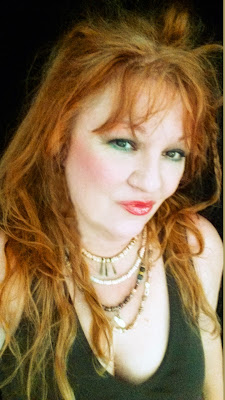 Manifesting is perhaps the biggest self-help buzz word of the 2000s. But what does it really mean?

It's the simple process of envisioning clearly what you want and keeping positive energy focused on that goal, and having serendipitous pathways open toward that end.

I used to be an excellent 3-point shooter in basketball. It was like I had a strange magnetic line from my fingertips to that basket rim.

I saw it, felt my muscles in my body respond to just imagining shooting a basket, and when I was on the court, it was a fate that was tied into my energy. I believed I made the basket. And, I did. If I waited and overthought it, had a moment of indecision or concern, my shot was off.

The Secret Life of Walter Mitty

Perhaps the hardest part of manifesting is simply keeping the faith even when you have no idea how this comes about.

For instance, when my mentor died in October, I was devastated. I lost my dad at 16 and he had been the most amazing father figure, teaching me the oil and gas industry and stock trading, testing me, being proud of me. And, I did not want to go without someone in my life who understand my love of stock trading and my plight as an author.

I imagined having someone new to connect with who would fill in that void and inspire me to new levels. I felt my body relax because I knew it was coming, it was fated, it was destiny. I didn't know who or when, but there would be a new mentor.

Then, in talking with one of my mentor's dear friends about our sad loss, we talked about what we were doing. He was trading stocks quite successfully and about to release a book.

The more we spoke, the more we both saw a destiny to work together. The next thing I knew, I was his personal assistant and then his publicist, taking my skills to new levels.

Because I knew this was my fate, I put out an open energy, receptive to any signs of this person arriving.

To be truly successful at manifesting, you must say yes to opportunities that feel aligned with your goal and notice the signs when they are given to you. 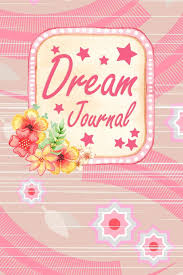 When he was in college, my son offered me a most poignant sign of manifesting. He had gone to an abandoned site to photograph and there was a gutted trailer with tons of boxes of papers, books, and photographs stacked to the ceiling, none of it seeming to relate to each other.

He picked up a journal and flipped it open and his curious and creative mind wanted to know more about this teenaged girl who lived across town a decade ago.

Not the type to pilfer things, he realized if his diary was out in the middle of the desert, he'd want it back. So, he brought it home where he obsessed about getting it to the owner. He would stay up late, studying what she said on each page to figure out who she was and get it back to her. His mind was filled with images of relief for the young adult and her thankfulness to keep a treasure of her past.

One day, he flipped through the pages and noticed her best friend's name. Knowing the high school and city, and now the name of her best friend, he went onto Facebook and found the man.

He contacted him to find out that, yes, he was her best friend and she lived up in the Pacific Northwest now. My son gave him his contact info to give to her.

Soon, he heard from the young woman who was very excited. She was a writer and doing her memoirs but she was missing the journal from her high school years. She had no idea how it ended up in the desert, perhaps part of stolen goods inside the broken down trailer. The timing of him finding the diary was remarkable.

Beware: We often say we want something while pushing it away. For instance, wanting a relationship but fearing it might be like past ones is a sure way to not get a relationship.

Some to-do's are listed below for getting aligned with the right energy that brings to you instead of blocking opportunities.

Energy: Keep your energy enthusiastic or mellow, but not prickly. What do I mean by that? Be aware of times you tighten and clench against tasks, encounters, situations and let the belly go, breathe in the nose, out the mouth, and have faith.

As weird as it sounds, when I feel stressed out and overwhelmed by work or situations in my life, I pull back enough to see life as a romantic comedy. There are lots of plot twists and interruptions but the goal is the same - happy ending. And no one moment in your life will decide the worth of an entire life, only how you feel about today. Tomorrow? Completely different situation.

You have the excited energy of moving toward goals, exercising, enthusiasm, excitement, being pro-active to create, and you have the mellow energy of meditation, prayer, and contemplation. These are your target energies.

Focus:  Focusing on where you are pulling yourself to instead of what behind you is pushing you, is an important shift. Decide what your most immediate goal is and focus there.

Imagery: Feeling in your body thankfulness as if you have already gotten your goal. Loosening the belly tightness. Giving in to an amazing fate. Saying yes to opportunities. Recognizing a clue when you encounter it. Staying OPEN, receiving.

Intuition: Often times, our gut instinct tells us right away if something is positive or negative toward our goal. Sometimes, however, that opportunity that presents itself doesn't sound like something related to our goal, but instead it could be one that offers new skills or associations that lead to the goal. Consider saying yes more often as every step along the way involves learning something new and that involves the trinity of energy, focus, and imagery being used every day.

I had a goal of getting more of my books sold and when I was offered an opportunity to be a publicist for someone else's book, it seemed counterintuitive. But, then, as I worked on their audience, I realized I was learning mad skills on website design, making videos, and connecting with the right people so that those skills could be brought to my own book being released just a few months after his.