What To Do With a Dead Mall 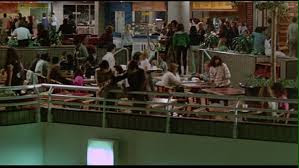 I had the pleasure in the mid 80s of working at malls in the beach communities in California. What a great time! 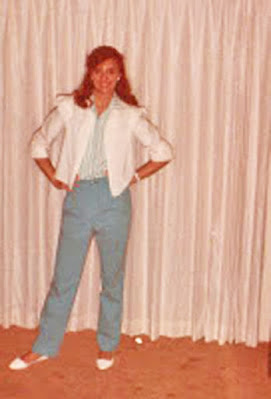 It's sad that mall culture is gone and now socializing for teens and getaways for moms are all online in a virtual real.

Here's what I'd do with a dead mall -

Although I totally dig the idea of condos in a mall, my dream would be to revive the era. 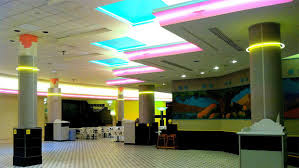 I would bring it back to the 80s - a complete recreation that would encourage a day of fun, even visitors wearing their best 80s look where they could every day be spotted by a mall worker and given a mall certificate for best recreated look.
Imagine video games in a gaming arcade - only 80s games, though. 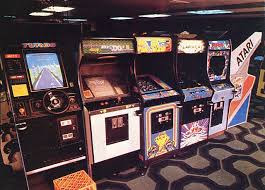 The mall would be decorated with bright neon lights, 80s tunes pumping in, shops with funky fashion, an enormous food court. 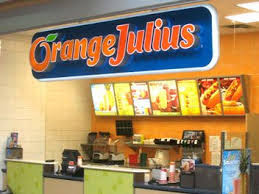 Perhaps nightlife at the 80s mall would include live music by 80s tribute bands or a mall singer along the lines of Tiffany. Include a bowling alley decked out in 80s glory. How about movie theaters that play only 80s favorites like all the John Hughes films, "Ruthless People," "The Legend of Billie Jean," "Aliens," and of course the brat pack flicks.
The food court would be enormous and sport the favorites like Orange Julius, Sbarro's pizza, Mrs. Fields Cookies, a bowling alley with fluorescent lighting, a large bank of movie theaters that only play 80s movies. Now, we're talking a BIG turnout! 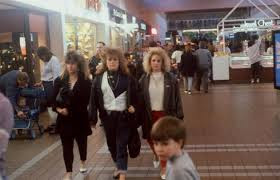 I would include a record store and one that also sells record players. There's a whole generation of Millennials who love the novelty of records and players.

The abandoned malls of the 80s look like time capsules of design already. There would not be much to do to get them in 80s shiny shape again. Those who might want to rent store spaces include specialty shops, hairstyling, tanning salons, a traditional bookstore, pop fashions, vintage fashions, Swatches, Candies shoes, mid century furnishings, accessories, and even those botox-shooting dermatology shops.

If any mall owners think this is a good solution, contact me. I have a load of ideas to revive the traditional mall.