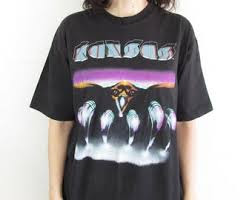 There was probably no better time in the world for music and concerts than the 1970s. By then, rock was well-established with technique and equipment. The times were introspective during the recession and humbling following the war. Teens were not rebelling anymore so much as doing what they want, feeling their influence and power. 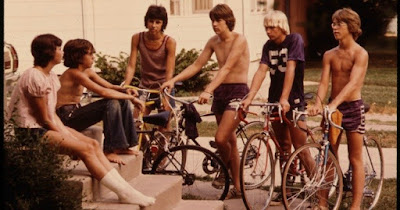 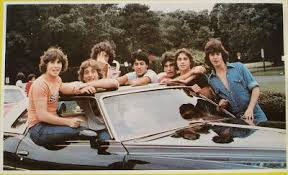 Inspired by lyrics, we had philosophers, mentors, and stylish idols left and right. If we needed to know about life and how to take handle it, we found it in some wise musical poetry written by our peers -

Wheel in the Sky"
Journey 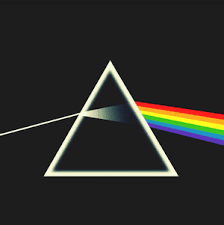 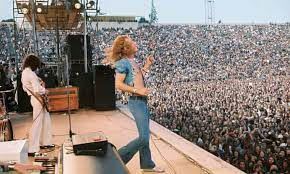 Everyone had idols in the music world back then. Mine was Stevie Nicks. In fact, I even did a Stevie-inspired head shot to recreate her vibe. 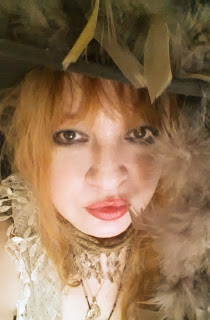 There's those bands or singers whose lyrics and vibe you identify with. I was a John Denver, Gordon Lightfoot, The Eagles kinda gal.
I was that am radio gal who lived for the weekly top 40 and Casey Kasem. I loved the pop stuff from Elton John, 10cc, England Dan and John Ford Coley, Captain and Tenille, as well as the American Bandstand show with Dick Clark. I made freestyle rollerskating routines to this music.
But when I hit the pavement with my skateboard, I was all about The Beach Boys.
And then in 1979, I found Van Halen! My favorite concert of all time!

Play some of your favorites from the 70s, sing along, dance, and really listen to the lyrics. They wrote songs back then. They were poets, philosophers, and their message was - tough times call for resilience.
Rock on!