Cultural Fads and Trends of the 2000s 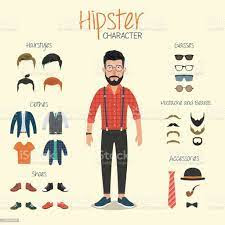 Before we start getting sentimental about the 2000s already, we might want to look back at some of the cultural fads and trends that made it so quirky and almost nerdish.

Socialites - Paris Hilton may have led the parade of vapid, spoiled and vane young women to become the examples for impressionable girls, but many socialite brats followed, each one armed with their own bag that matched their teacup dog.

Hipsters - Those who boast of being independent of the mainstreams trends, but end up becoming replicas of each other come under the term, "hipster." This same sort of style pseudoindependence can be found in the Betty Page mid century folks who think they are being particularly unique and yet they are all repeating the exact same elements.

Mashups - This is the creative exploration of mixing up two (often disparate) forms of art into one, such as superimposing a song atop of another one.

Geocaching - Utilizing GPS systems, folks hide "treasures" in spots and mark the coordinates for others to find.

Hip Hop - Even though this music, often referred to as "rap," had its origins in the late 1970s, the 2000s made it a craze around the world.

Blogging - Self-published informational websites became the rage and peaked in the early 2000s. Blogs also gave way for not only sharing of knowledge and interests, but for some became launch sites for bigger and better things like TV shows and product lines. As YouTube took hold of our interest, vlogging (the video form of blogging) became hugely popular.

Escape Rooms - A new recreational fun activity became escape rooms. An offshoot of the interactive zombie fascination, it offered a room where a team could try to figure out clues and escape before some impending doom was acted out, such as a zombie getting loose from his chain.

Zombie Walks - The early 2000s were a zombie revolution and citizens wanted in on the terror. Dressing up as zombies and shambling city streets en masse became a recreational must-do.

Starbucks - Some might say the hipsters and Seattle crew launched an obsession for coffee shops, but Starbucks saw the growing addiction and wanted to be the hip place to get your caffeine on. During this time, things like Keurig and espresso machines made homeowners consider a coffee bar a vital heart of the home.

Pokemon Go Game - There was perhaps no more hated game in creation than the augmented reality game, Pokemon Go. It launched a mass insanity that had people becoming obnoxious and often times dangerous players. It was thought that a video game that encouraged going outdoors and exploring would be a good thing, but sadly this one led people through private property, public cemeteries, and even addicted people driving their cars while playing.

Flash Mob - The cutest and most uplifting trend of the 2000s was flash mobs. People would show up (and record themselves) doing fun things in public like pillow fights, breaking into song and dance.

Cosplay - Dressing up as a character from a game, movie or book and playing against others to act it out in a park - that's the stuff nerds' dreams are made of.

Gangnam Style - A fairly lame song and video from a South Korean performer, Psy, took off into a bizarre viral one-hit trend.

ALS ice bucket challenge - Perhaps one of the smartest ways to bring attention and funds to a disease. The challenge was to pour a bucket of ice water over your head or someone else's (with their permission). Many did it and videotaped the process.

Photoshop - The program that made it possible to do tips and tricks like an artist, but a tool that also taught people how to appear perfect like a magazine model. In its own way, it contributed to insecurity and made careers based on non-reality.

Karoke - A large part of the 2000s trends involved "everyone is a star." This was from reality shows to internet influencing, from indie music and publishing to blogging. Anyone could live out the dream. Singing to music tracks in front of audiences gave many good laughs and others a chance to live a dream. Suddenly the arts were open to everyone who could sell their goods on Etsy, record their own music, publish their own book.

Covid masks - One of the more surreal parts of the 2000s trends was the mandatory wearing of masks in public. Over time, these masks took on fun shapes, colors, and patterns just to try and make light of the necessary. No longer seeing the bottom half of people's faces created even more separation than staying at home. It seems that the sight of a smile can make one feel part of humanity.

Social media - Twitter, Facebook, Instagram, Tik Tok, YouTube, Snapchat.... No one would ever be the same with the dependence on social media. For all its advantages to allow one to get to know people all over the world, it soon became a parade of desperation to get noticed.

Influencers - Mostly 20-something beautiful, flawless and slender young women pretending to have a perfect life while selling products. This is sort of the version of super models in action. These women have yielded a great deal of power over young women's self images, making them insecure and desirous of perfection (often achieved with lots of apps). On the happy side, some of the influencing market involves lifestyle. We may not able to get a piece of land in the forest and build a home off grid, but we can live vicariously someone else's attempts without the risk to our own situation. In a way, watching folks leave their every day life and dare to dream has helped many to reevaluate their own lives and lack of risk taking.

Side hustle - Workers doing the work of several people at the pay of just one, feeling no loyalty to one company like in the olden days, and the price of "stuff" like cable, health insurance, car payments, and mortgages rising, most folks are looking for side gigs to make extra $. A good deal of these involve things like starting AirBNB rentals, shops on Etsy, websites with ads.... Multiple streams of income now are the best way to feel safe and "passive income," has been the dream. This kind of income involves regular payments such as from ads or book royalties.

Remote workers - Even before Covid forced folks to stay at home, many companies realized that renting space for bodies to fight traffic or call in sick was a lost cause, and they began the process of letting workers work from home and meetings be held on things like Zoom and Skype. Following the China Flu, the majority of workers wish to remain at home and the lack of traffic, the new found leisure time by not communting, the interaction with children and their education have made for happy workers.

Digital nomads - This interesting twist came from the remote worker trend mixed with the off grid or tiny living minimalist trend. Millenials in their 20s and early 30s started realizing they may never afford their own home and also didn't necessarily need "stuff" to be happy. Soon, they were purchasing up old buses and RVs to renovate and live in, able to travel and work anywhere.

Tiny home living/off grid - As with most trends, things swing all the way to one direction and then swing right back the other way. As McMansion homes, huge mortgages and folks underwater in their bills became the top-off point for Generation X, the youngsters began to realize that their dependence on money for more, more, more and the world in a precarious place meant they were not in control. Off they went to build their own small homes, living under their means to have a $ cushion and ability to travel instead of buy more "stuff." They wanted to be off-grid to have no bills to pay for water and power. As extreme as it seemed to the elders, it also was an amazing trend toward self reliance.

Minimalism - After decades of charging up the credit card for this item and that, never really satisfied with having "enough," the trend swung back the other direction toward downsizing items owned, having only items you actually use or find great value in. This conscious consideration meant saving money but also having a sense of less chaos in one's life. It seems the more open and simple an environment, the more a person can focus on other areas of their life.

Going viral - With the internet providing a great audience and possibility of making some $ with ads on YouTube and attention on social media, anything that got passed around in great number became "viral." Lots of baby's college funds were built on an adorable video of two babies hugging and such - creating an "overnight sensation" goal or many.

Thrifting - Along with minimalism, digital nomads, downsizing, and concerns about plastic and waste, a huge part of the population decided to not only donate items, but do their shopping at thrift stores. YouTube channels were based on shopping the stores, even repurposing or "upcycling" items and reselling them. This has been a great trend and many (like me) find that when stores forced trends on us and looks that everyone else had, we felt assimilated. I enjoy being able to buy things like yellow clothing (most women seem to hate yellow but it's my best color). I can find it in the thrift stores along with cool vintage vibes to make my own looks. When stocking up my home, furniture made from real wood and not Ikea cheap particle board and vases and glassware that are unique make me feel utterly understood.

The 2000s are 21 years long so far, but they continue to provide individuality and independence in ways we never imagined. There are some awful aspects like Big Tech socialist-like control of social media and young women's self images tied into looking like app-adjusted photographs, but all in all we have options that make everyone creative and resourceful. Everyone can have a site, a shop, a business, a side gig, an influence to live a dream....