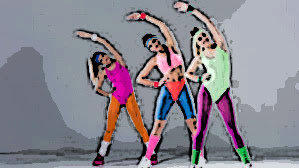 The 1980s are burned into our memories in bright fluorescent hues. There's lots to miss about the `80s and we have 10 top things we're sharing - 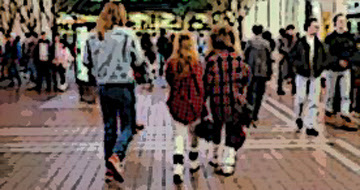 A tween-aged babysitter. That's what the malls became in the 80s, but they also begun a serious retail-focused mindset for the youth. This created a fashion craze, stores popping up right and left. With all the naughty foods, arcades, theaters, and things to buy, the mall became a place to "play grownup" and hang out unattended for the youth.
Romances began here, dreams were constructed, laughter was had, cliques were formed, and escape was a fantasy. 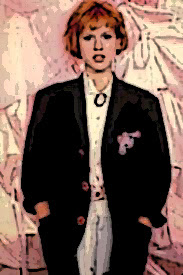 80s fashion. There has never been a decade quite like this. The 60s were almost as unabashedly edgy, but not quite as fantasy as this decade.
There were no boundaries between boys and girls, with shoulder pads, ties, suspenders, flowing fabrics, and bright colors. In fact, most everyone in the 80s looked like they were playing dressups in their parent's clothes. It had an oversized, slouchy, boxy, long vibe that looked like we were all in a constant parade of costumes. 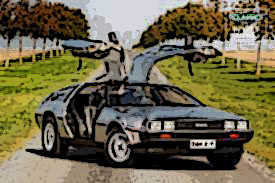 For those of us who graduated from college in the 80s, the job market was wide open and incentives were commonplace to get hired on to companies. Growth in electronics, computer technology, aerospace, retail, hospitality, and MBAs created multiple offers straight out of college. With youth, ambition, and fat salaries combined, capitalism was on testosterone. 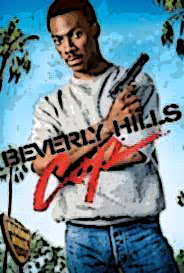 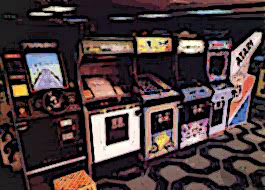 Video games had finally evolved to something we could lose ourselves in from Super Mario to Donkey Kong. Once the machines were lined up in the mall, they became the first preview of the future cell phone-toting culture.  Shared side by side, but interacting with a screen, youths were prepping for the next decades.
Still these escape pods helped teens get away from home, study skills to beat scores, and socialize in a public space.
Glam bands 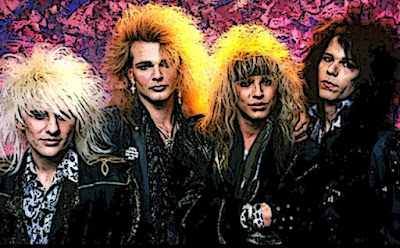 The big-haired bands of the 80s had fashion, style, and tons of theatrics.  I mean, come on, DAVID LEE ROTH!  With music shifting into videos versus old-fashioned concerts, bands had to glam it up or be low on MTV's lineup.
Color 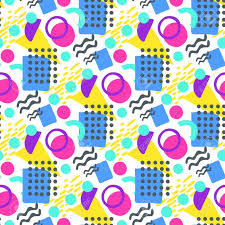 The 80s offered us color in every way it can be expressed! Clothing included neon tones, home designs were geometric with high-impact, and makeup included pink, blue, green eyeshadows.
The colorful artificial vibe of the 80s was full of energy and impact. Everyone was hepped up on vibrant hues. Nothing blended into the background. Everyone and everything was stage front.
TGIF attitude 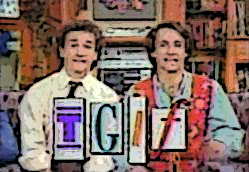 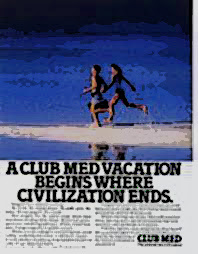 Club Med spoiled everyone with an all-inclusive trip. Back when there were travel agents, they were busy booking up cruises and travel packages to places like Hawaii where you didn't have to plan a thing, it was all set up for you.
The big status symbol of the time was an all-inclusive vacation to some exotic beach. Ah, the stampede of yuppies on golden sand.... 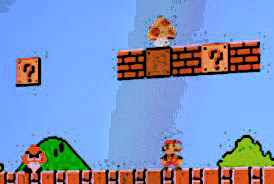 Donkey Kong, Frogger, Super Mario Bros,. Centipede, Duck Hunt, Tetris, Pac-Man... Those delightful pixelated games were such a blast at the time. I remember coming home from work at the noisy crowded California 1980s mall, and sitting down to play Donkey Kong to work out my aggressions. Intellivision was the one I played on. This offered a whole new way to create skills, work of steam, try to outbeat your score or compete with friends.

Maybe we can't bring back the 80s, but we can revisit our favorite parts of it -