Why Living Life as a Romantic Comedy Frees You 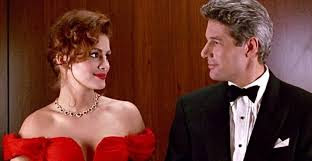 It was days after I left my marriage when I was living on my own for the first time in my life. Wanting to leave without the furnishings and reminders, I was in a still empty apartment, lying on the carpet, sun filtering through the blinds and blinding me, that I burst out into tears.

I was exhausted. I was overwhelmed. I was tired, sore and unsure about this being on my own thing. I was turning 48 and had never been on my own. My parents had utter control and my newly ex-husband had rigid control of all adult functioning.

As I lie there having a good pouting session, a bird flew by the window and sat on a branch. I studied it. I envied it. And then it dawned on me, I was free like the bird now. I only had the limiting cage I created in my mind.

I made a vow as I wiped my tears, I was going to live my life like a romantic comedy. When bad things happened, I would blame it on the director's plot line to make it seem like I was bumbling, put upon, about to lose everything, and in the end I would have my prince, my love, my success.

Henceforth, when I felt myself slipping into self pity, I recalled that it's just not all that serious. It ends up okay. It's not pretty. It's awkward. But, ultimately none of that ugliness matters when the good rewards roll in. In fact, obstacles became moments of humor. "OMG, can you believe this roadblock?"

I'm taken back to that time when I first left the marriage and my blog Ghost Hunting Theories was taking off. Someone was imitating me online and it seemed like the most serious thing in the world. I had an insider friend do some research and found out it was a Russian lesbian stalker. At that moment, I had to laugh that only in my unusual life would something like this come about.

Let's take a look at a popular romantic comedy and see how this plays out. 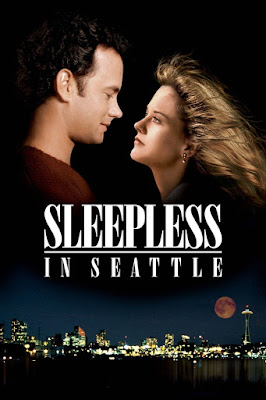 Annie is a reporter. Her life is comfortable, predictable, including her boyfriend who is a flavorless and neurotic good guy. There is no passion. There is no great love. There is no excitement around him. There is just security, habit, routine.

Even the announcement of their engagement doesn't stir feelings of happiness and anticipation. It's a bit more like signing an 18-month lease with your apartment building.

One day, Annie listens to a radio program where a kid named Jonah calls in to talk about his widower dad and wanting a new mom.

Something inside Annie stirs, but this man who sounds so wonderful lives across the country, so very distant. As he speaks about his wife with the radio show host, it is obvious he knows grand love and passion, and great loss and grief at losing her.

That's the kind of love Annie wants, but she knows she should settle for practical love, convenient love, predictable love.

Somehow the days go by and Annie finds herself obsessing about the widower. She feels guilt. After all, her fiance is a nice guy. But, the thought of being swept up in love and doing anything to be with someone sounds so appealing.

When she finds out more about the man and where he's located, she takes a crazy chance to just see him. She flies across country and runs into him hugging a woman. Deflated and embarrassed (he sees her standing in the middle of the street being honked at), she goes back to her dull and normal life.

Perhaps that kind of grand love wasn't possible for her. She is ready to give in to her future with Mr. Safe Guy.

A friend encourages her to just give it a chance and write the widower a letter. Perhaps he might realize that they are good match. Enjoying the energy of dreaming about love at first sight, Annie writes a witty letter to the widower and even suggests they meet at the top of the Empire State Building on Valentine's Day.

Deflated and afraid to let herself hope, Annie throws the letter out but her interfering friend sends it.

Meanwhile, the widower tries his hand at dating and finds a safe and reliable gal who laughs too much and is overly cheery. It's not a good fit, but he's tired of being lonely and has a lot of love to give to the right person.

His son encourages him to meet one of the women who wrote a letter to him. Her name is Annie and she sounds perfect!

His dad doesn't believe a stranger across country hearing his voice on the radio could be an ideal match.

The widower rushes hastily to the building to find his runaway son and take him home.

Atop the building, it seems as if she missed him or he didn't show. Annie finds a backpack with a stuffed animal inside and carries it off, feeling foolish for thinking so optimistically.

As she goes toward the elevator bank, the boy and his widower dad come up to retrieve his lost backpack. They introduce each other. Their hands touch. And nothing was ever the same again.

As we look at a typical romantic comedy, the character is often overworked, ignored, belittled, and a real underdog. Bills pile up, neighbors scream, and the heroine tries to please everyone. Exhaustion, terror, anger, hurt, and depression abound.

Then, every now and then signs of hope that bring their dreams alive again.

They also include fun events, tiny victories, moments of tedium, attempts to restart relationships, signs that things might work out....

Ultimately, when it gets its worst, the dream is about to happen. This plot ploy is called the climax. And even your own life has many. Good to know you can have multiple climaxes, eh?

So, whenever I am faced with overwhelming concerns, whether career, financial, love, friendships, health, or whatever, I recall that this is all a romantic comedy and these little plot twists can be viewed in the whole content of my life instead of one moment in time.

I will look back at this and realize it wasn't the moment that defined my worth or anything permanent because the life plot unfolds, and if the character holds onto a dream, she will meet it down the road.

When you are the end of your life, do you want to tell the grandchildren or great-grandchildren that you decided to be a doctor, went to college, became a doctor, had a family, and retired? Or do you want to advise, "I married young, such a mistake," "I backpacked Europe and ran out of money," or "I held 10 different jobs until I figured out what I was meant to do"?

Feel free to comment about what Rom-Com your life would be.

I think I'm sort of like "While You Were Sleeping," meets "Under the Tuscan Sun."