The Unreal Photoshopped Faces and Bodies on the Internet 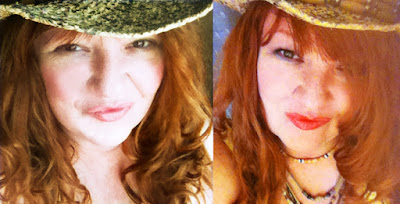 It's one thing to clone stamp out a pimple or adjust the brightness and contrast, or even to wear makeup for a selfie (above pic without makeup on the left, with it on the right), but influencers on Instagram are taking it to a level of distortion that isn't even human.

It used to seem hard (but not technically impossible) to get in shape like Kate Hudson or have great hair extensions and fake boobs to look like some other starlet, but nowadays Instagramers aer going for serious distortion to graphic novel-esque concepts.

Butts are the size of sofa cushions, waists are no wider than a pencil, eyes are alien grey in proportion, chins are tiny and pointed, even heads are being shrunk down a bit to look odd upon the body.

Julie and I thought we'd play with the differences in us if we take on Photoshop or face programs to distort ourselves to be unrecognizable. Really not fond of this face below - 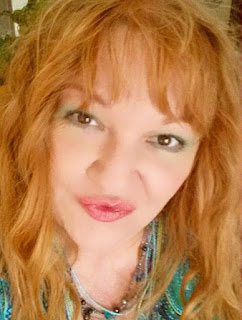 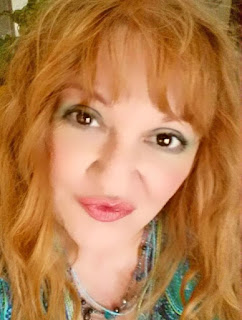 Altered
When I compare the two faces, it's rather uncanny valley - that place where a robot begins to look and act a bit too human and we get uncomfortable. This face is human, but is there a soul?
And what about our bodies? Want a super tiny waist?

Me with creepy waist
Let's see some of the crazy real-life versus Instagram-life shared on the Internet to help everyone be thankful they show their own face. 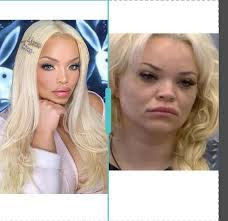 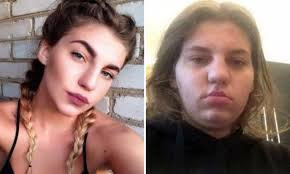 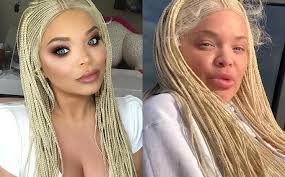 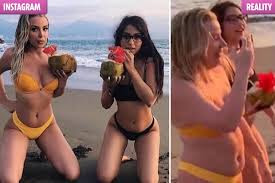 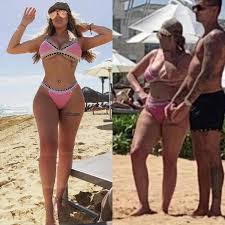 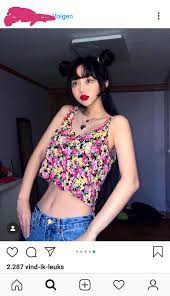 It's understandable to cover a blemish, or like in the case of my phone's camera, adjusting it from bluish to warm golden tones so it's more real-life. I think when we begin to change proportions we are going into murky territory. People are becoming gaming characters instead of human beings.
We've long known that ads change even models' beautiful figures and skin. In a world mostly played out online, it seems like you never really know who you're dealing with. It could be a man in Romania or a child in India. You just don't know who this person is and what they REALLY look like. When they make excuses for not meeting in person, you couldn't have a bigger red flag. 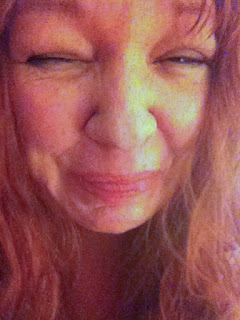 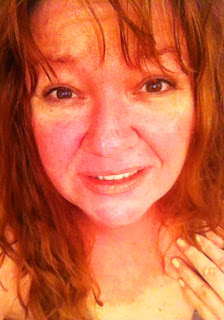 The time I tried niacin and got a rash 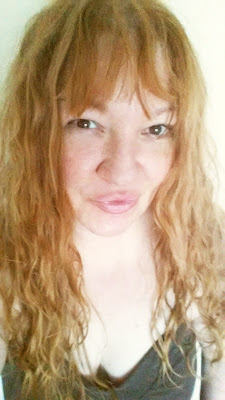 Pale bare-faced
It's crazy, but I do hope things swing back to where people show the real them. It's how you truly get to know someone, warts and all and they are relateable.
For fun, let's look at some photoshop horrors in advertising - 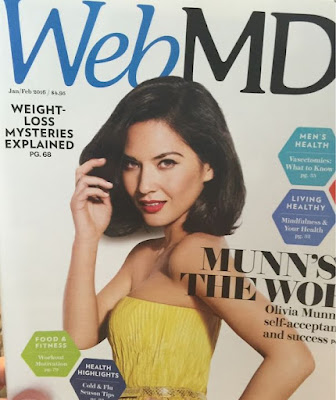 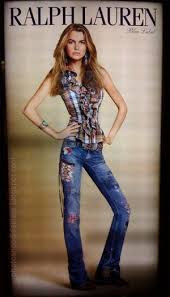 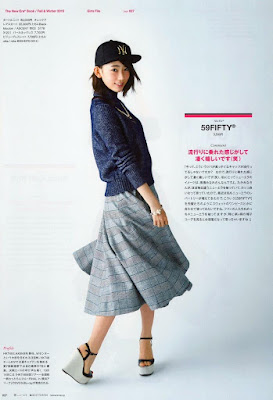 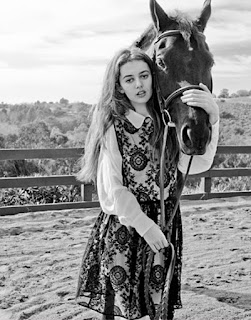 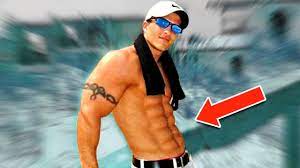 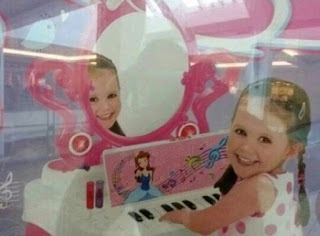 There seems to be a culture of everyone-is-a-celebrity in which we wish we looked a certain way and the technology allows us to present that. It's rather like a man putting on a dress and saying he's a woman. It's a sad day that no one is happy with their weight, their smile, the length of their legs, the size of their muscles, even their gender. We've been commercialized and marketed that ideals make us happy.
Here's to being ourselves, warts and all! 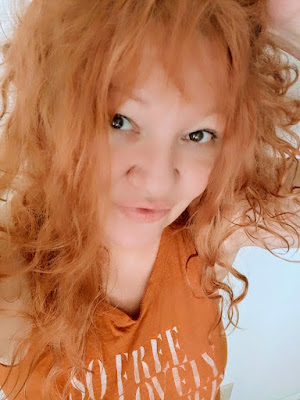